The history of the Church can be traced to a group of men in Ijebu-Ode, a town in Ogun State, in western Nigeria who, about the year 1918, had a burden to begin to meet for prayer outside Church regulated prayer meetings. Most of them were members of the St. Savior’s Anglican Church, Ijebu-Ode.

They included Mr J.B. Sadare (known later as “Esinsinade”), Mr D.O. Odubanjo and Oba I.B. Akinyele (the traditional ruler of Ibadan town). They were joined later by one Miss Sophia Odunlami (who later became Mrs Ajayi). She was later to become prominent, as many miracles and signs were wrought by the Holy Spirit through her. 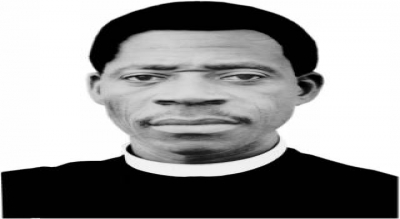 Our mission is to continually build a church that is relevant, constantly recognizes and meets people’s needs, pursues the teaching of God’s Word and always provides an atmosphere for positive relationships to grow and develop.

The group received prayer points from people with diverse needs, and met regularly to pray over those needs. Their reputation grew with reports of answered prayers. The group consequently became enlarged as new members joined them. They adopted the name, “Precious Stone Society.” They also established contact with the leader of the “Faith Tabernacle” organization in Philadelphia, USA, one Pastor A. Clark, from whom they received tracts and magazines such as “The Sword of the Spirit”. Such publications enlightened them and further strengthened their faith in God. A fruitful relationship also developed between the group and Pastor Clark, so much so that they were referred to at some point as members of the Faith Tabernacle in Nigeria. The relationship between the group and the Anglican Church soon became strained. This was due largely to the group’s belief in divine healing and uncompromising faith in God’s all-sufficiency, and their opposition to practices like the drinking of alcohol, gambling and other vices, which were permitted by the Anglican Church. Members of the group were eventually forced to leave the Church and to withdraw their children from the Anglican School. They however continued in their new found faith and began establishing branches in towns like Ibadan, Lagos, Ilesa, Oyan, Ile-Ife, Minna and Jos.

However, the event that served as the catalyst for formation of the Church was the great revival of 1930 at Oke Ooye, Ilesa. The revival was held by a young man named Joseph Ayo Babalola. The revival recorded a wave of manifestations of healings, miracles, signs and wonders, and deliverances of the people from Satanic and occult bondages, in a dimension hitherto unseen in this part of the world. The high point of the revival was the raising to life of a boy who had been dead for four days. In reaction to a vision where he saw himself fishing, but the fish which he caught were returning into the river, he realized his need for a Church base for the souls being saved through him. He was subsequently led by God to join himself to the leaders of the Faith Tabernacle, together with whom he carried out revivals.
Consequent on their huge success, persecutions arose in various quarters, including influential orthodox Churches and hostile government officers, against the ministry of Joseph Ayo Babalola and members of the Faith Tabernacle. These led to their reaching out through Mr D. O. Odubanjo to the Apostolic Brothers in Bradford, England for cooperation, especially since at that time Nigeria was a colony of England. Thus on 23rd September 1931, three English missionaries visited the group in Nigeria. The missionaries were Pastors D. P. Williams, W. J. Williams and A. Turnbull. The visiting missionaries later ordained the first set of seven pastors of the Church (who had earlier been ordained by proxy by Pastor A. Clark in America). The new pastors included J. B. Sadare, D. O. Odubanjo and Oba I. B. Akinyele. Contrary to expectations that the partnership between the Apostolic Brothers and the Faith Tabernacle would help to reduce the persecutions being suffered by the latter, the problems did not abate. Things came to a head in 1940 when there arose a disagreement over the practice of the doctrine of divine healing, particularly in relation to the use of medicine. The Nigerian group, led by Pastor D. O. Odubanjo and Pastor (Oba) I. B. Akinyele, were opposed to the use of medicine, while the pro-European group, led by one Pastor S. G. Adegboyega, saw nothing wrong in it. Eventually, the leaders of the Church decided to chart their own course.
The desire for a distinctive identity prompted the leaders of the group to begin to seek a name for the group. After prayers, Joseph Babalola announced that God had directed that since the group was manifesting deeds reminiscent of the days of the first Apostles, it should be named after the Apostles. The Church was therefore christened “Apostolic Church.” It was later changed to “Nigerian Apostolic Church” to differentiate it from one with a similar name in Britain. Soon the name was again changed to “United Apostolic Church.” However, due to a similarity in the Church’s acronyms, UAC to a popular conglomerate at that time, the name was again changed to “Christ Apostolic Church’, which has been the name of the Church till date. In the course of the development of the Church, the following became established:

The Bible Training College at Ede, in 1952 (the College moved to Erio Ekiti in 1954, to Efon Alaaye in 1958 and to Akure in 1969) The Pastoral Training College at Ibadan, in 1946 The School of Prophets and Evangelists at Ilesha, in 1949 The Teachers’ College at Efon Alaaye, in 1955 The Faith Home at Ede, in 1959 The Grammar Schools at Ibadan, Efon Alaaye and Iperu, all in 1960, at Ilesa in 1962, at Akure in 1964 and at Odo-Owa in 1970 The Press and Publications department in 1966 The Sunday School Department in 1977 and – The Theological Seminary at Ile-Ife in 1979 From humble beginnings as an uncompromising prayer group comprising of ordinary men and women with an extraordinary vision, the Church has grown over time into a well established and worldwide Mission, with doctrines firmly rooted in the Word of God.

The liturgy of the Church consists in choruses, anthems, praises and worship (often with hand clapping and dancing), spiced in African rhythm; extempore praying, preaching and the teaching of the Bible. The distinctive badge of the Church is prayer, no wonder they were referred to sometimes in history in the Yoruba language as the “Aladura” Church, that is, the praying Church. Their belief in the efficacy of prayer has continued to make them popular as a place of resort for people with life problems seeking divine solution.

No events scheduled at this time.

Church fundraising needs range from encouraging tithing to raising money for church members in need to...